QUESTION 1 What is a nationality? Does everybody get the nationality of the country where they were born?

Having a nationality is like holding official membership of a country. It offers a sense of belonging – to a place and to a community. This is why people often support their national team in sports competitions like the Olympics or World Cup. Because they all feel like they belong, and they want their country to do well.

However, some countries have bad rules, like not allowing women to pass on their nationality to their children or saying that people who belong to certain minorities cannot have nationality. Other countries have good rules that are not practised properly. For all of these reasons, there are still many people in the world who do not have a nationality.

QUESTION 2 Does everybody get a nationality if they follow the culture, traditions and rules of the country they live in?

Everyone should have a nationality. This does not (or should not) have much to do with whether they follow the culture, traditions or rules of the country they live in.

However, not everyone does.

No one knows the exact number, but we think that at least 15 million people around the world are stateless. Normally, if a person does not have a nationality, it is not because they have done something wrong. Nor is it because they have failed to follow the culture, traditions or rules of a country or do not have a real connection to it.

QUESTION 3 Is it your birth certificate that gives you a nationality?

Now have a look at this picture. 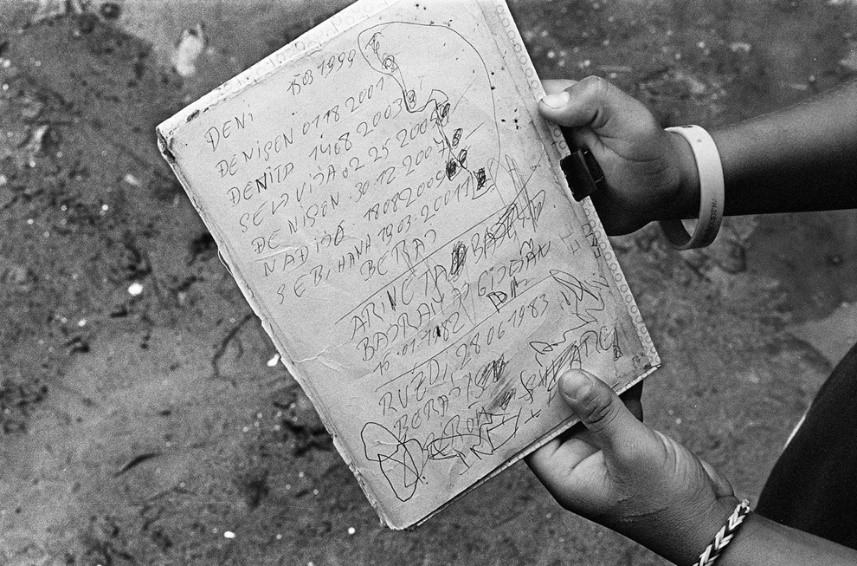 This is a young boy in Serbia. He is holding, what is to him, the most precious piece of paper in the world. Before his father died, he gave him this paper. On it, he had written the names and birth dates of the boy and his six brothers and sisters. None of these seven children had their births registered. There is no official record of their births, so they cannot prove that they should have Serbian nationality. If their births were registered they would be able to prove their link to the country.

QUESTION 4 What kind of things are children who don’t have a nationality not able to do?

The same way the Universal Declaration of Human Rights protects everyone’s right to a nationality, it also protects our other rights as well. Another very special document – the Convention on the Rights of the Child – also sets out how children must be treated and protected, and what their rights are. According to these documents, children have a right to a nationality. But importantly, children who don’t have a nationality should still have all their other rights protected. For example, they should be safe, be able to go to school, see a doctor when they are sick, play, be with their families and carers, and they should not have to work.

But as we have heard, many children without a nationality are not able to do these things. This is clearly wrong, it goes against every child’s rights, and must be changed.

Many children who do not have a nationality are not able to go to school. Or even if they are, they are not allowed to finish their exams. When they are sick, they sometimes cannot see a doctor or go to hospital. Sometimes they have to work, like the child in the picture below, and this can be very hard and even dangerous.

QUESTION 5 Why do people who have a nationality sometimes lose it?

We saw that Rosa and her family in the Dominican Republic, lost their nationality because a bad new law was made. They belong to an ethnic minority group, and their country decided to treat that minority badly. Children who are affected by these bad laws, like those in this photograph, can see their whole future change before their eyes because they are no longer recognised as members of their country. 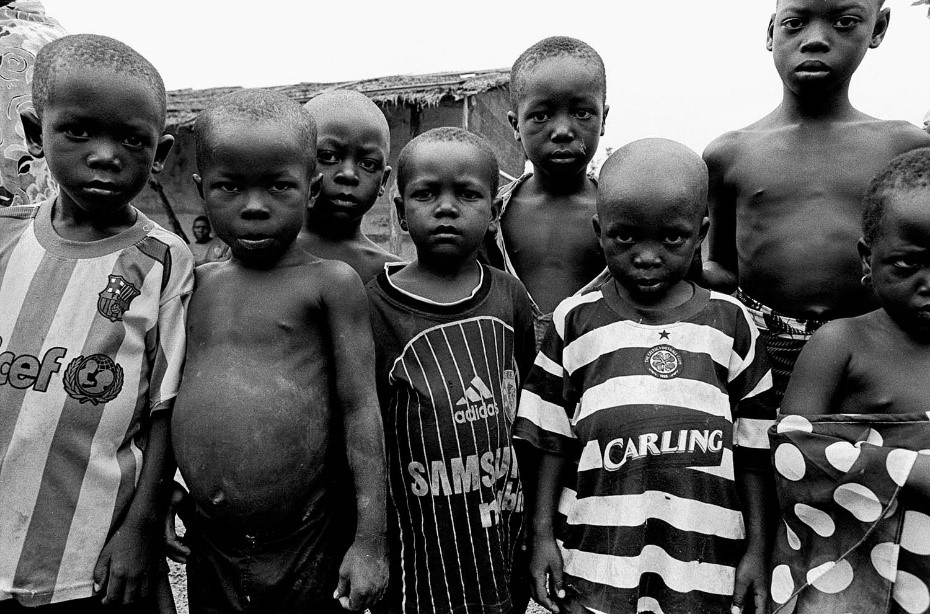 QUESTION 6 Why can’t countries make sure all children get a nationality, even if they don’t know where they were born or who their parents were?

All countries can and should make sure children get a nationality, even if they don’t know where the children were born or who their parents were. They can do this by making a very simple change to the nationality law of the country. For example, a law can say “Any foundling discovered in Sweden shall be considered to be a Swedish citizen”. This is called a “safeguard against childhood statelessness” – it is a special rule that is only needed in cases where a child is not able to get a nationality through the regular rules that exist. Unfortunately, there aren’t enough countries that have such a system in place. Even those that do, do not always put these safeguards that exist on paper into practice. 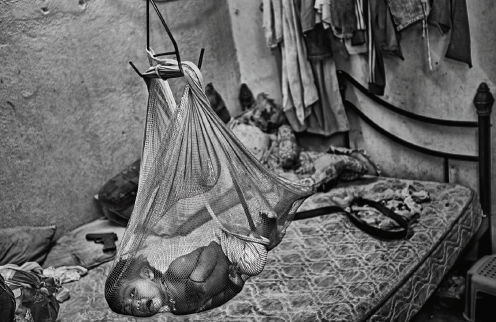 The baby in this photograph was born in Malaysia, to stateless Rohingya parents. If Malaysia acted on a safeguard in its law – to provide nationality to children born in the country who would otherwise be stateless - this baby would receive Malaysian nationality. But because Malaysia does not, this child will also be stateless.

QUESTION 7 What happens to stateless people who are treated so badly that they have to run away from their country?

When people are treated really badly and their lives are in danger because of how they look, or their religion, or what they believe in, this is called persecution. Sometimes, people are persecuted for the same reasons that they are not given a nationality. Many people who are persecuted are forced to run away, leaving their homes and belongings and everything they love behind. Having to run away like this is a very difficult and sad thing to have to do.

When people run away to a whole new country, to find safety, they become refugees – like the girl in this photograph, who is crossing the border from Myanmar to Bangladesh: 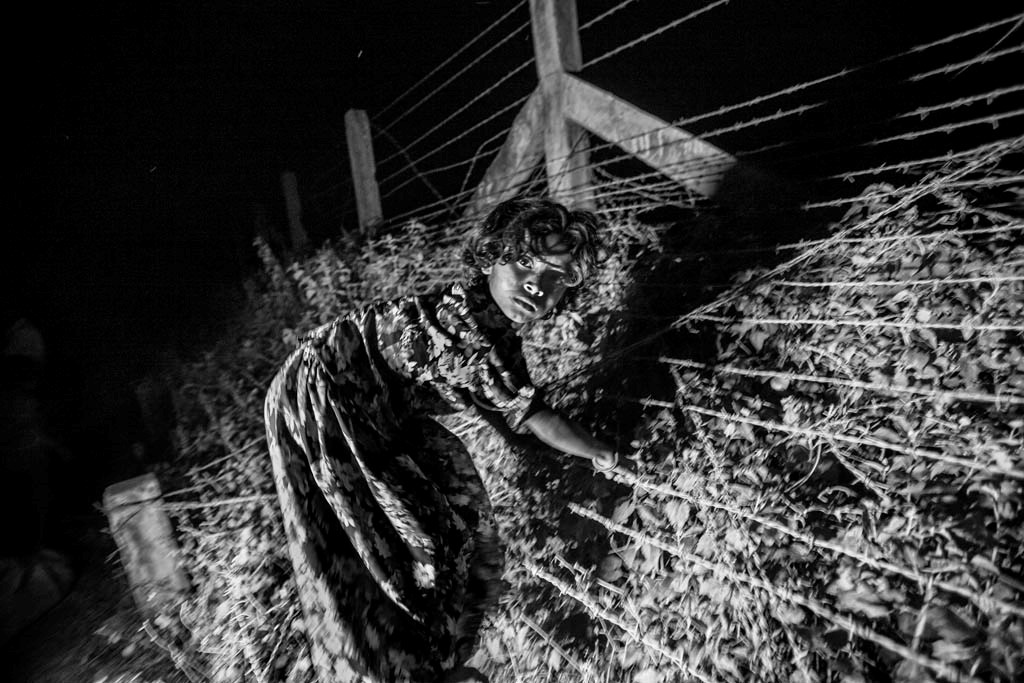 It requires bravery to leave all that is familiar behind and go to a new country where you don’t know the people and sometimes don’t even speak the language. The word “refugee” comes from the word “refuge” which is a place of shelter. It basically means, “A person who has run away to another country, to escape persecution”.

The world has agreed that it is wrong to persecute people, and it is right and important to protect refugees. But more work is needed, to teach people to respect each other, talk to each other and to not harm others. Similarly, we need to make sure that those who are harmed and need protection from harm, receive that protection. We can all help to make refugees feel welcome and safe.

QUESTION 8 If the government refuses to give you nationality, or takes your nationality away, what can you do to change your situation?

If your country doesn’t recognise your nationality, or takes it away from you, there are some things that you can do to try and change your situation. In most countries, with the help of a lawyer, you will be able to ask the courts to decide if you have been treated fairly or not. This may help you to find a solution to your problem. But, if the law itself is a bad one, the courts may not be able to help. Then, it will be more difficult. But there are lots of people who are fighting around the world, for everyone’s right to a nationality. They are running campaigns, speaking to leaders, protesting and doing all kinds of interesting and important things to change the situation. As we saw with the Makonde, these campaigns can be successful. But they can also take a very long time and hard work!

The photograph below is of some men protesting in Kuwait. They are Bidoon. They deserve Kuwaiti nationality and have been fighting for it for many years. 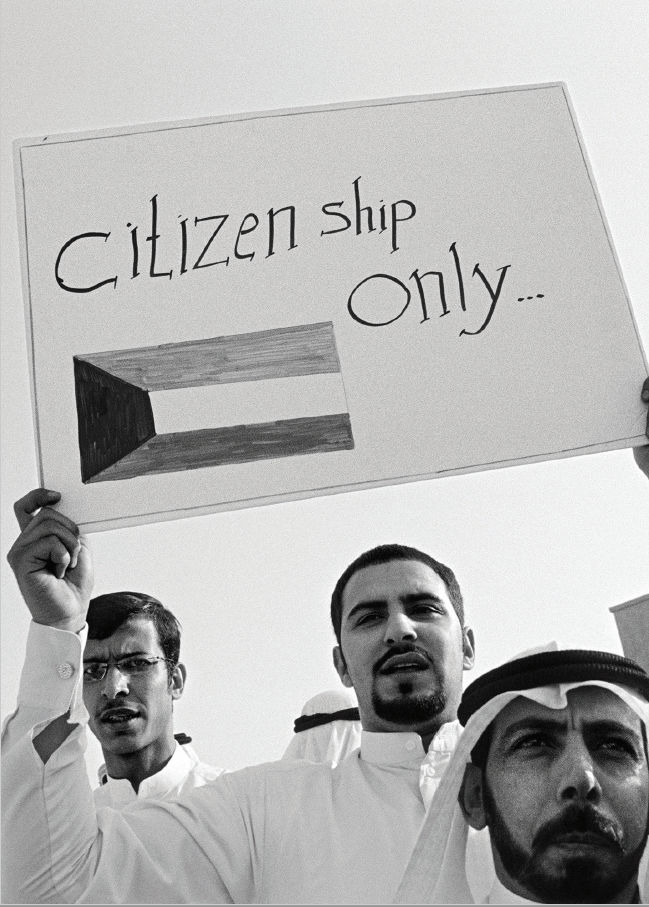 Files and links
related to this resource

Neha needs your support to reach more children in more countries, so they can learn about statelessness and help to make a difference. Please generously support our campaign to make this possible.
Visit our funding campaign

If you leave us your email address, we will send you monthly email newsletters about statelessness and nationality.
Sign up